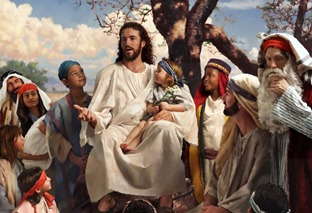 The Mission of The Church as it Pertains to the Kingdom
​The mission of the church is to preach and teach the gospel of the kingdom of heaven to all the world. We accomplish this task by words and deeds as was commanded by Jesus Christ. (Mark 16:15; Matthew 28:18-20)
- In those days came John the Baptist, preaching in the wilderness of Judea, and saying; Repent, for the kingdom of heaven is at hand. Matthew 3:1, 2
- And saying the time is fulfilled, and the kingdom of God is at hand: repent you, and believe the  gospel. Mark 1:15.
​- And he said unto them, I must preach the kingdom of God to other cities also: for therefore am I sent. Luke 4:43
​- Parables:- Matthew 13; Matthew 18:23-35;  25; Luke 18:9-14.

New Citizenry:
If we live in the USA, we have to obey the laws or suffer the consequences.I had to disregard the laws of Guyana after landing on USA soil.Benefits rightly belong to the citizens of the USA only unless specified as to limitations.I had to give up my citizenship of Guyana in order to obtain American Citizenship & benefitsI had to let the “good times” go and not brag about my past good experiences in GuyanaShould there be a war, I have to defend America.As Christians, our true citizenship is in heaven. Philippians 3:20Christ is not talking to a nation as was mentioned in Proverbs 14: 34 (Righteousness exalts a nation...), but a target group of individuals (Christians in His kingdom) who believe and live the gospel of Jesus Christ. John 3:16; 14:1-6.

Matthew 5:20
For I tell you that unless your righteousness surpasses that of the Pharisees and the teachers of the law, you will certainly not enter the kingdom of heaven.
​"Seek first the kingdom" does not merely mean to put God first in every thing you do. Some people think that it really means  starting the day with God by prayer and reading the Bible, going to church on the first day of the week, saying 'grace before meals', etc. If we read the other chapters of Matthew, and the other Gospels we will be able to understand the full meaning of what Jesus meant. Because Jesus is the king if His kingdom, He was making known to us the lifestyle that is required for us to live in His kingdom. In other words, "seek first the kingdom of God and His righteousness, and all these things shall be added to you" means that if we abide by His kingdom principles we could experience abundant living.
In John 15: 7 Jesus said,  " If you abide in Me, and My words abide in you, you will ask what you desire, and it shall be done for you. These  principles were taught to us by Christ through the use of parables.

Example 1
​The Parable of the Unforgiving Servant (Matthew 18:21-35)
Jesus taught this parable to demonstrate the importance of forgiveness and  need for kingdom dwellers to practice this principle if they want to continue living in His kingdom. The book of Matthew contains many parables explaining the principles of the kingdom. Jesus also taught them during His "sermon on the mount". Jesus repeatedly  introduced His parables by saying "the kingdom of heaven is like unto". This meant that He was expressing the principles of kingdom living. Therefore,  in Matthew 6:33, He was saying that if we first practice these principles then our needs will be met.

Example 2
​The Good Samaritan (Luke 10: 25-37)
This parable is about a Jewish lawyer who questioned Jesus concerning what it would take to inherit eternal life (live in God's kingdom). Knowing that the Jews resented and hated the Samaritans, Jesus used this parable to illustrate that one of the requirements is to show love and compassion to everyone including those that do not look like, talk like, live like, or believe like us. After  sharing the parable, Jesus in verse 37 instructed the lawyer to do the same as the good Samaritan if he wanted to live in the kingdom of God.

Example 3
Humility (Matthew 18: 1-5)
Jesus also expressed that it would take child-like faith and humility to enter the kingdom. God hates and resents a proud person. Pride could stand in between you and almighty God. In 1 Peter 5:5 it states that "...God resists the proud but gives grace to the humble".

Other supporting Scriptures
Proverbs 16:5
Everyone proud in heart is an abomination to the LORD; Though they join forces, none will go unpunished.

Matthew 5:3
"Blessed are the poor in spirit, For theirs is the kingdom of heaven."

Matthew 5:10
Blessed are those who are persecuted for righteousness’ sake, For theirs is the kingdom of heaven.

Matthew 10:7
And as you go, preach, saying, ‘The kingdom of heaven is at hand.

Matthew 13:1-23
[The Parable of the Sower]
3 Then he told them many things in parables, saying: "A farmer went out to sow his seed. 4 As he was scattering the seed, some fell along the path, and the birds came and ate it up. 5Some fell on rocky places, where it did not have much soil. It sprang up quickly, because the soil was shallow. 6 But when the sun came up, the plants were scorched, and they withered because they had no root. 7 Other seed fell among thorns, which grew up and choked the plants. 8 Still other seed fell on good soil, where it produced a crop—a hundred, sixty or thirty times what was sown. 9 He who has ears, let him hear.

Matthew 13:24-29; 36-40
[ The Parable of the Wheat and the Tares ]
24 Another parable He put forth to them, saying: “The kingdom of heaven is like a man who sowed good seed in his field; 25 but while men slept, his enemy came and sowed tares among the wheat and went his way. 26 But when the grain had sprouted and produced a crop, then the tares also appeared. 27 So the servants of the owner came and said to him, ‘Sir, did you not sow good seed in your field? How then does it have tares?’ 28 He said to them, ‘An enemy has done this.’ The servants said to him, ‘Do you want us then to go and gather them up?’ 29 But he said, ‘No, lest while you gather up the tares you also uproot the wheat with them. 30 Let both grow together until the harvest, and at the time of harvest I will say to the reapers, “First gather together the tares and bind them in bundles to burn them, but gather the wheat into my barn.”

Matthew 13:44
[ The Parable of the Hidden Treasure ]
​ “Again, the kingdom of heaven is like treasure hidden in a field, which a man found and hid; and for joy over it he goes and sells all that he has and buys that field. ​​

Matthew 18:3
“Assuredly, I say to you, unless you are converted and become as little children, you will by no means enter the kingdom of heaven.